Sex and Religion! (Now that I have your attention…) 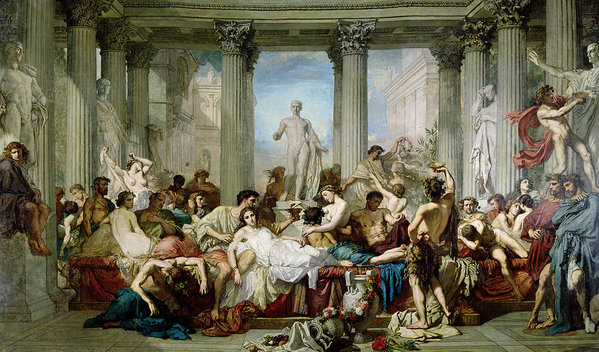 Title and image aside, I have no intention whatsoever of prurience in this post.  Rather, I want to discuss an issue that has been bouncing around my mind in thinking about certain common themes in Gnosticism, early Christianity, and modern “new religions”.  It occurred to me that a certain framework of viewing these themes might be particularly useful.  I’ll get to that framework in just a bit.  As to the themes themselves, the main one is indeed sex, or rather accusations of sex.  What do I mean by that?  Read on!

Very early in Christian history–perhaps during the lifetime of the Apostles, but certainly within less than a century–divisions arose in the early Church.  These divisions principally centered around the interpretation of the meaning of Jesus of Nazareth, the things he taught, and authority in the Church.  One group claimed to hold to authority passed down in an unbroken chain from the Apostles themselves through their successors, the bishops.  This group later codified its beliefs in the Nicene Creed.  The vast majority of modern Christian Churches–Catholic, Eastern Orthodox, Oriental Orthodox, most Protestants, and some others–descend from this group.  In speaking of the early Church, scholars sometimes refer to this group as the “proto-orthodox”.  The proto-orthodox group of Christians stood in opposition to various other groups of “sectarians”, “partisans”, or to use the Greek term, “heretics“.