← When is a Sacrament not a Sacrament? Validity and Liceity
Adele for the Weekend → 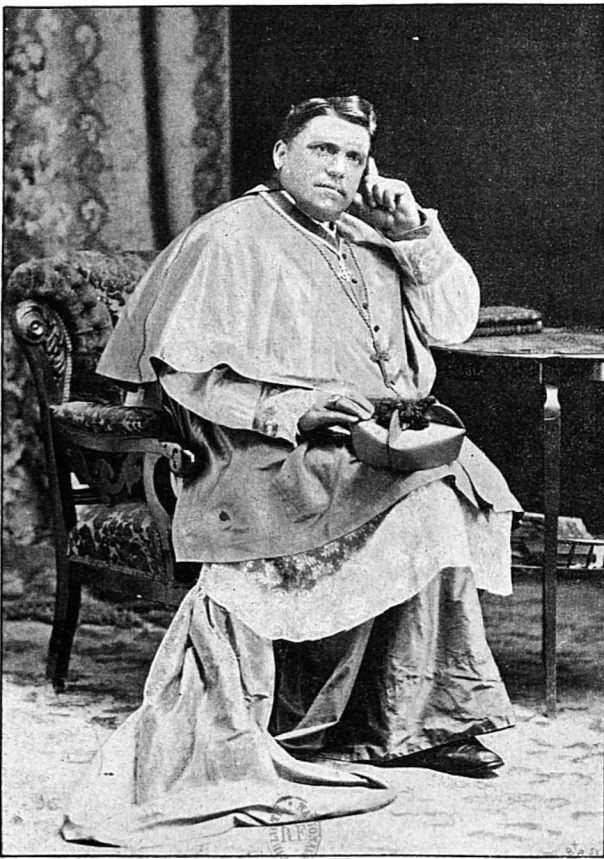 We discussed the validity and liceity of the Sacraments, particularly Holy Orders, last time, noting that a church may recognize lineages of Apostolic Succession of bishops as having valid Holy Orders despite that lineage being outside that particular church.  In short, the Church may recognize a man as a “real” bishop even if he was ordained irregularly.  One way this can occur is though schism, pure and simple.  That is, a bishop goes rogue and breaks away from the Church, then ordains as many men as he sees fit.  Since the bishop was validly ordained in the Church, these ordinations he performs, though illicit and carrying the penalty of automatic excommunication for both the bishop himself and those he ordains, are valid.  The men he ordains, in short, are real bishops, full stop.

We saw back here, though, that while some lineages indeed arose through schism (or in some cases, it would be better to say they were maintained despite schism), there are many small independent groups that were formed by individuals with their own ideas about how a sacramental church should be.  Often there was no formal schism, and the founders of these groups sought out ordination to gain legitimate Apostolic Succession.  How did they manage this?  Through the phenomenon, mentioned but not described previously in this series, of wandering bishops.

“Wandering bishops” is a translation of the Latin episcopi vagantes.  As I’ve mentioned in the past, a bishop is supposed to be ordained for service to a particular church, in communion with all other bishops of that church, and also for a specific diocese.  This is taken so seriously that even auxiliary bishops or bishops who serve as administrators, though they don’t have a “real” diocese of their own, are assigned to a titular see.  Wandering bishops are ordained irregularly in one of the following ways:  They are not ordained for a specific church, being in essence freelancers; or they accept ordination in a particular church without intending to stay in it; or they are ordained by someone who has left an existing church without intending to found a new one; or they are ordained in some way that violates the normal structure or canon law of a given church.

There have probably been a few wandering bishops here and there through Church history; but they became a significant phenomenon in the 19th Century.  A full discussion would be far beyond the scope of this post, so I’ll give but a painfully brief outline.

In the 1800’s, for a variety of reasons–dissatisfaction with the Enlightenment and with liberal views on religion, the beginning of the Romantic Era, with its fascination with the Middle Ages, the increased contact with the churches of the East, fascination with the Old Catholic movement, and others–there were many who were fascinated with high, liturgical-church “bells and smells” and ancient tradition, but who were disinclined, for various reasons, to membership in the established churches.  Some men, inspired by these reasons, sought ordination to the priesthood and later to the episcopacy.  Men such as Arnold Harris Matthew of England and René Vilatte of France began church-shopping and globe-trotting in search of bishops who would ordain them.  Matthew was able to obtain ordination as bishop in the Old Catholic Church.  Vilatte was ordained a bishop by a Syrian Orthodox bishop in Sri Lanka.  It’s important to note that at this time the Old Catholic Church had (and in some quarters, still has) a tendency to ordain or co-ordain men who are not actually members of the church, out of a sort of ecumenical solidarity.  Many of the smaller Eastern Churches were in a rather confused state in the wake of Western colonialism, and without having a clear idea of the situation in Europe and America, were often willing to ordain men as bishops purportedly for those territories without careful examination.

Matthew and Vilatte, both somewhat individualist, eccentric, and quarrelsome individuals, bounced around from church to church, sometimes joining established churches, sometimes founding their own, in Europe (in Matthew’s case) and in Europe and North America (with Vilatte).  Each was, to be delicate, less than discriminating in ordaining other men to the priesthood and the episcopate.  It was said of Vilatte that he’d ordain anyone he could lay his hands on.  In any case, over the years in which they were active, Matthew and Vilatte ordained many, many men with wildly varying theological views and church affiliations.  Many of these men were as indiscriminate in whom they ordained as Matthew and Vilatte, if not more so.  Matthew, after a colorful career, retired in obscurity, assisting at a Church of England parish, having partially reconciled to the Anglican Church (of which, among many others, he’d once been a member).  Vilatte eventually reconciled with the Catholic Church and spent the last four years of his life in a Cistercian monastery in France, where he died and was given the burial rites of a layman.

The damage was done, though, and many lineages had been founded, of which a sizeable number are still in existence today.  Some men (and later women) even have sought ordination and re-ordination more than once–sometimes many times–in order to hold multiple lineages.  Meanwhile, from time to time ever since, bishops in established churches–such as Ngô Đình Thục and Emmanuel Milingo in the Catholic Church, and Aftimios Ofiesh, in the Orthodox Church, have continued to go rogue, ordaining multiple men (and sometimes women) to the priesthood and episcopate, thereby spawning new lineages.

In modern times, Old Catholic bishops have continued to ordain or co-ordain men as Anglican bishops, but have become more discerning in general.  The various Eastern and Oriental Orthodox Churches, with better communication, have been much less willing to ordain men not indisputably committed to those churches, as they often did in the past.  Therefore, the vast majority of clerics in the Independent Sacramental Movement and in the various Gnostic churches, trace the lineage of their Holy Orders through one or more wandering bishops.  The names of Matthew and Vilatte turn up a lot in these lineages!

Thus, wandering bishops have spread Apostolic Succession far beyond the boundaries of the ancient Apostolic Churches.  It sometime seems as if everyone and his cousin has Apostolic Succession!  However, when the rubber hits the road, it’s often more complicated than that.  For various reasons, Holy Orders in the lineages of wandering bishops have not always been recognized.  We will take up that issue in the next post, though.

← When is a Sacrament not a Sacrament? Validity and Liceity
Adele for the Weekend →