The Disenchantment of the World, Part 2: The Rise of Monotheism 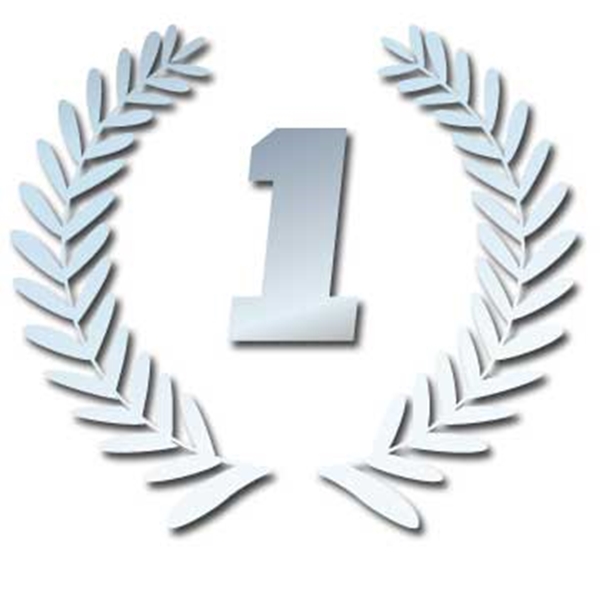 Last time we looked at ancient religion and noted that the so-called “Three C’s” of religion–that is, Cult (worship), Creed (belief), and Conduct (behavior)–were generally separate.  The great exception to this was Judaism.  To lay the background, it’s important to note what Judaism is not.  Judaism is typically contrasted with the other religions of antiquity in that it is said to be the first monotheistic religion.  In fact, the evidence is that Judaism in its inception was henotheistic, not monotheistic.  That is to say, while only one god, YHWH, was worshiped, the existence of other gods was not denied.  Traces of this can be found in places in the Bible such as Genesis 1:26, Exodus 15:11, and Psalm 95:3, among others.  Full monotheism–the belief that only one god exists–developed gradually, becoming more or less set by the prophetic era (7th to 6th Centuries BC).

Judaism was also not the first monotheistic religion.  Atenism, the religion of the so-called “heretic Pharaoh” Akhenaten, as well as Zoroastrianism, were both arguably monotheistic (although there is debate on this; but that’s a can of worms I don’t want to open now) before Judaism.  The uniqueness of Judaism lay not in its monotheism or in its being the first religion to be monotheistic.  Rather, it was the first religion that could be characterized as “ethical monotheism“.

2.  Only this one god may be validly worshiped.

3.  This one god interacts with humanity, mainly through setting moral expectations on human behavior.

This seems rather uninteresting or at best trite to us, but it was revolutionary.  As I mentioned in the previous essay, most ancient religions, though they often described the gods as “holy”, didn’t conceive that the gods much cared how humans behaved as long as the rites of worship were followed correctly.  Socrates, in  his insistence that the gods did, in fact, love the just (see the Euthyphro), was practically alone among ancient pagans in insisting otherwise.  Even monotheism doesn’t necessarily imply that God is a moral lawgiver–some systems see Him as creating the universe and then having no more to do with it (Deism), or as being disengaged from the cosmos, delegating its daily running to lower deities (many African traditional religions), or as not interacting with the material cosmos at all (Gnosticism).

By contrast, Judaism, at least in its classic form as developed by the prophets, assumed that not only is there only one God, but that He alone is to be worshiped and He gives mankind a specific moral code.  In doing this, the Three C’s were for the first time merged.  Consider:  That there is only one God implies that belief matters.  If I sacrifice a goat to Zeus, then as long as the priest performs the sacrifice correctly, it doesn’t matter what I actually believe about Zeus, or which (if any) of the multitude of myths about him I accept.  On the other hand, if there is only one God, I’d better be sure to worship only Him, and to do so in the right way; otherwise I am either worshiping false gods, or worshiping the True God in the wrong way.  In either case, the consequences could be dire (see, for example, Exodus 32 and Leviticus 10:1-2).  Thus Cult–how and whom I worship–is bound to Creed–what I believe–in a way never seen before.

Furthermore, if the One God is not the hands-off god of deism or other religions, then my moral behavior has a more important basis than mere social pressure or custom or approval of the community.  Rather, I am put under a transcendent obligation by God.  Thus, my belief in one God has immediate consequences for my behavior in ways that belief in the gods never did.  Thus Conduct is yoked to Creed.  As I’ve said before, this is taken for granted by us now–that the Three C’s are always bound together–but it was radically different then.  For the first time a religion proclaimed that one god alone existed, and that He cared not only how He was to be worshiped, but also how humans were to act towards one another.  Judaism remained a minority religion (though in some parts of the Roman Empire it is thought to have encompassed as much as a fourth of the population).  However, its descendant religions, Christianity and Islam spread its concept of ethical monotheism worldwide, now claiming between them nearly a third of the population of the world, and influencing other faiths beyond their boundaries.

The effect this had on the pagan world of antiquity I’ll look at in the next post.  Here I just want to look briefly at another effect that is often noted.  As I discussed here, the Abrahamic religions tended to become totalizing systems of control in a way that the earlier polytheistic religions did not (although it’s worth noting that they were not free of this, either–remember the execution of Socrates, the persecution of Buddhists by China and Japan at various times, and the suppression by the Romans of the Druids).  In this regard, it is common, especially among those opposed to religion, to accuse monotheistic religions of being inherently violent–Sam Harris is notable in making this claim.

The general claim is easily falsified.  Zoroastrianism, Sikhism, Sant Mat, and Gaudiya Vaishnavism, all monotheistic, are also all very tolerant, mainly non-proselytizing, and very peaceful (while it is true that the Sikhs have been a warrior people, they have always fought in self-defense; they have never fought holy wars or attempted to impose their faith on others).  I think it is necessary to admit, though, that the particular type of monotheism represented by the Abrahamic religions does, indeed, have some tendencies towards violence.  A reading of the Old Testament and Israel’s endless wars, to say nothing of the history of crusades and jihads, leaves little doubt of this.

I think it’s fair to say that all religions have weaknesses.  Now a believer may object–religion is transcendent and comes from God, right?  The problem is that all religions are actually practiced by humans–fallible, violent, ignorant, messy humans.  As pure as any given faith may be in principle, once it is instantiated in a particular community of real human beings, problems arise; different problems, depending on the nuances of the particular religion and the particular people practicing it.  The Abrahamic faiths integrate the Three C’s much more tightly than the other monotheistic faiths mentioned.  Thus there is a stronger tendency to associate deviant religious practice or belief (Cult and Creed) with deviant ethics (Conduct).  Since deviance in any of these is seen as offensive to God in a way not possible in polytheism or in the less-integrated monotheisms, there is a stronger motivation to suppress–or exterminate–those who do not worship or believe what they’re “supposed” to.  I think there is also a certain tendency towards violence, particularly perceived “righteous” violence, in the Semitic religions, which precedes not only Judaism but monotheism altogether.

Does this meant that Abrahamic faiths must be violent?  I don’t think so.  There are too many examples of great men and women of faith, and of peace, in all these religions, to assert simplistically that they are intrinsically and irremediably violent.  On the other hand, I think it does no service to anyone for believers to deny the faults and problematic tendencies of their religions.  It would be stupid and mendacious to deny that I have a bad temper or that I tend to procrastinate.  Better to admit this outright, and then struggle against it.  Captain Kirk’s words in this regard are always inspiring to me.  Likewise, we should forthrightly admit the shortcomings of our belief systems as they have played out in history.  We don’t leave it at that, though–we must then strive to overcome those shortcomings, and not be limited or cowed by opponents or naysayers who claim we can never do better.  Haters gonna hate–but we must be strivers, who strive.

Next, we’ll look at what it was in antiquity that made this ethical monotheism so attractive.

Part of the series “Religion, Role-playing, and Reality“