← Movie Night: The Lost Weekend
A Chant for Orthodox Easter → 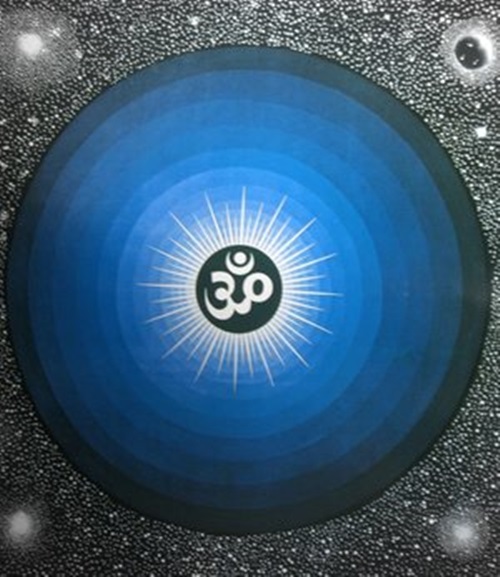 Having looked at the Abrahamic faiths, let us turn our attention to the Dharmic religions.

The Dharmic Religions–Hinduism, Buddhism, Jainism, and Sikhism, as well as a few other minor ones, originated in India, as the Abrahamic faiths originated in the Middle East.  Dharma, the central concept in these faiths, is a Sanskrit term notoriously difficult to translate.  Most English speakers can’t even pronounce it right.  The Sanskrit letter अ, typically tranliterated “a” is pronounced like the “u” in the English word “but”.  The letter आ, transliterated “ā”, is pronounced like the “a” in “father” (or better, like the “a” in the Spanish “padre”).  The diacritical marks of scholarly Sanskrit transcriptions are not often used in popular works; but in any case, “dharma” is the correct spelling and transcription.  Each “a” represents अ, the short form of the vowel.  Thus, “dharma” is correctly pronounced with the first syllable rhyming with “fur”, thus:  DUHR-muh (there is also a puff of air after the “d”, which is why it is spelled “dh”; but few English speakers can get that correctly, and I can’t always do it right myself).  English speakers almost universally rhyme the first syllable with “car”:  DAHR-muh.  This, quite simply, is wrong.  Actually, the best known Sanskrit word borrowed into English, “karma”, should rhyme with “dharma”–the first syllable should sound like “cur”, not like “car”, thus:  KUHR-muh.  However, I learned the standard English pronunciation (KAHR-muh) before I learned Sanskrit phonology; and the word has become thoroughly naturalized in English with the “wrong” pronunciation.  Therefore, I follow the masses in saying KAHR-muh.  I do insist on holding the line on DUHR-muh, however, notwithstanding popular pronunciation or sitcoms!

If we can’t even pronounce the word, small wonder we have trouble translating it!  Depending on context, “dharma” could mean any of the following:  natural characteristic, moral law, path, doctrine, religion, property, sign, obligation, or duty, among others.  Etymologically, it comes from a Sanskrit (and ultimately Indo-European) root meaning “firm” or “solid”.  At its root, “dharma” means “natural law” or the natural principle that is characteristic of a particular thing.  A rock’s dharma is to be hard; water’s is to flow; an animal’s is to follow the lifestyle of its species.  Only for humans is it more complicated.  A person’s dharma is the whole set of morals, ethics, obligations, and responsibilities for humans in general and for that individual in particular, according to his age, class, occupation, and state in life.  For example, truthfulness, honesty, cleanliness, etc. are the dharma–appropriate behavior and way of living–for all people.  A child’s dharma is to obey his or her parents, and a parent’s dharma is to provide for his or her children and raise them well.  The dharma of a married person is to be a good spouse, and of a sannyasi (renunciate) to be celibate.  The dharmas of a teacher, an engineer, a laborer, and a priest would all be different, according to the occupation of  each.

In a broader, more religious context, “dharma” means not just the natural law specific to an individual, or a class, or a society, but the ultimate Law or Principle governing the cosmos.  To put it another way, it is the Divine (or at least transcendent) principle by which everything in the universe is sustained.  It is in this context that the religions originating in India use the word “dharma” where Western languages would use “religion” or the suffix “-ism”.  Thus, Hinduism is often referred to as Sanātana Dharma–“The Eternal Religion”.  Buddhism, in its own writings, is called Buddhadharma–“Buddha’s Religion” or “the doctrine of the Buddha”–as Jainism is called Jainadharma, or “Jain Doctrine”; and so on.

As far back as the time of the Ancient Greeks, there has been some vague knowledge of Hindus and Buddhists, at least, in the West.  It is only in the last century or so, however, and especially in the last fifty years, that the Dharmic religions have come to be relatively common and well-known in Western countries.  The Dharmic religions, having developed in a cultural context very different from that of the Abrahamic religions, have, not surprisingly, some significant differences from the latter.  The most striking is that whereas the Abrahamic faiths are monotheistic, Dharmic faiths tend to be pantheistic (everything in the universe put together is God), panentheistic (all is in God or a part of God, who nevertheless is more than the sum of the universe), or even non-theistic (no ultimate creator God postulated), as is the case with Buddhism and Jainism.  Even when a personal god is postulated (as in some forms of Hinduism and in Sikhism), the personal aspect is considered more the human way of perceiving an ultimately transcendent and inscrutable Absolute.  This is, in fact, very much like the Orthodox Christian distinction between the essence and energies of God.

Dharmic faiths also differ from the Abrahamic faiths in being, by and large, non-revealed.  All three Abrahamic faiths are held to have been revealed by God to a prophet(s) or Messiah:  primarily Abraham and Moses in the case of Judaism, Christ in the case of Christianity, and Muhammad in the case of Islam.  Hinduism, like the ancient Greek and Roman religions, and Taoism in China, has no founder, originating out of an overall cultural matrix of customs, Scriptures, practices, and so on which accrued over time.  Buddhism, Jainism, and Sikhism do have specific founders; however, with the possible exception of Sikhism, none of these founders could be characterized as a prophet in the Abrahamic sense.  First, the historical Buddha (founder, obviously, of Buddhism) and Mahavira, the historical Tīrthaṅkara, the founder of Jainism, are not considered to be unique.  Rather, they are the most recent (and thus “historical” to us, since they occur relatively recently) of an infinite series of Buddhas in the first case, or Tirthankaras in the latter, that have occurred at intervals throughout eternity.  Second, neither Buddhas nor Tirthankaras are believed to receive revelation–given the non-theistic orientation of the two faiths, there’s no one from whom to receive revelation to begin with.  Rather, the dharma is held to be an eternal law of the cosmos which is forgotten for eons and then periodically rediscovered by Buddhas or Tirthankaras (depending on the religion).   Thus, the Buddha born Siddhartha Gautama, known as Sakyamuni, and the Tirthankara born Mahavira, are the Buddha and Tirthankara, respectively, of our age.  An infinite number preceded them, and an infinite number will succeed them.

Sikhism is an exception with regard to this.  Sikhs, to the best of my knowledge, embrace the same concept of an eternal, cyclic cosmos as do the other Dharmic faiths.  However, the founder of Sikism, Guru Nanak, though living as recently as the 15th and 16th Centuries, is held to be the first guru, with no idea of an infinite number of predecessors (to my knowledge–admittedly, my knowledge of Sikhism is less detailed than that of Hinduism and Buddhism).  Nanak and his successors, though always referred to by the title “guru”, are also more like the prophets in Abrahamic religions than they are like the Buddha or the Tirthankara.  Nanak is held to have received revelation from God, in much the same way as Moses or Jesus.  God, in Sikhism, is viewed in a much more abstract manner than He is in the Abrahamic faiths; nevertheless, He is much more personal than He is often construed as being in other Dharmic faiths, and Nanak is still much more prophetic than most Indian religious figures.  This is likely a result of the personalism in the Sant movement out of which Sikhism developed, as well as the influences it received from Islam.

Having looked in detail at some of the areas in which Dharmic faiths differ from the Abrahamic, let us look at some general characteristics of the Dharmic religions:

1.  With the partial exception of Sikhism, not prophetic.

2.  Once more with the exception of Sikhism (which is strictly monotheistic), a tendency towards pantheism, panentheism, or non-theism.

3.  Tend to view time and the cosmos as eternal and cyclical.

4.  Embrace the notion of reincarnation and karma.

5.  Tend to view God in an impersonal or abstract way (with some exceptions in Hindusim and Sikhism).

6.  View heaven and hell as temporary states which are in the long term irrelevant.

7.  Seek a release from the cycle of birth and rebirth (samsara), even into heaven, altogether.  This is known variously as moksha, mukti, nirvana, and by some other terms as well.

8.  No concept of creation, as the world comes into being, decays, ends, and re-starts in infinite cycles.

9.  Relatively non-exclusive–the boundaries of what constitutes the faith are loose, and a person may be a Buddhist, Hindu, etc. while practicing or participating in other religions or religious practices, and vice versa.

As to demographics:  The estimates for adherents for the Dharmic religions (from Adherents.com) are as follows:

This discounts minor offshoots and variations.  The grand total is about 1.3 billion, or approximately 19% (nearly a fifth) of the world’s population.  It is thus second in size to the Abrahamic religions, worldwide.

← Movie Night: The Lost Weekend
A Chant for Orthodox Easter →