← Rubá’í of the Day
Sibelius for the Weekend →

Another Perspective on Reincarnation 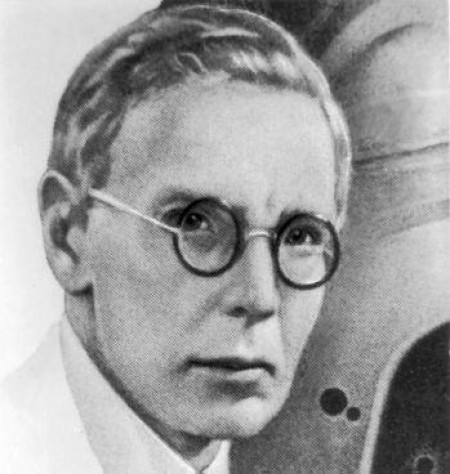 One thing that is very easy to forget about reincarnation–or any other theories of life or continued existence after death is that they are all interpretive frameworks.  They are interpretations of phenomena; interpretations that may be useful, and may even be true, but interpretations, for all that.  Quantum physics gets pulled into discussions of spirituality–especially Eastern or Eastern-flavored spirituality–way too much, and often in wildly inappropriate ways.  Still, a quantum example here is perhaps of use.

According to quantum physics, light, like all other electromagnetic phenomena, can be viewed either as a wave or as particles (photons).  The curious thing is that light isn’t a wave that seems to be a particle, or a particle that acts like a wave; it really is either a wave or a particle, depending on the experiment one conducts.  If one sends a beam of light through a diffraction grating, it behaves exactly like waves, even if one sends a single photon through.  If one switches to using a photon counter, one counts discrete photons, with no evidence of waves.

This dichotomy tends to provoke the question, “But what is light really?”  The answer is, “It depends on the experiment.”  In short, a light beam is really a stream of particles, if you’re looking for particles; and it’s really a wave if you use experiments that observe waves.  Put it like this:  the underlying reality of what light actually is lies beyond our perception.  We can perceive it as a wave or as particles, and each of these is part of the truth; but the full truth is beyond our ken.  It’s like the Blind Men and the Elephant.

To use an analogy:  depending on how we turn in front of a light source, our shadow changes shape.  To two-dimensional inhabitants of the plane on which my shadow falls, “I” (which they can perceive only through my shadow, which to them is solid and substantial) change shape.  They might wonder what my “real” shape is.  The answer, of course, is that my true, 3-D shape is something they can never perceive; and that therefore, from a 2-D perspective, any of the projections is equally “accurate” as a representation of me.

Same with the afterlife.  Weed out all the fakes and questionable cases, and there are genuine incidences of children accurately recalling verifiable data on the lives of dead people; there are reports of near-death experiences; there are accounts of various states of those near death, and visions of the dead, in which case there is verifiable information that rules out fakery.  That these phenomena are observed, all but the most rigid and close-minded skeptics (or “Skepdicks”, as Chris Knowles refers to them) would agree.  What they mean, however, is another matter.  This is obvious–the only way to verify them is to die oneself–which (Flatliners aside) is notorious for being unrepeatable and not something from which one can reliably return!

Thus, to say that a child is observed to give accurate information on the life of a person who died before the child was born, and which information the child would have no natural (non-paranormal or non-supernatural) way of knowing is one thing.  To say this indicates that the person whose life the child remembers was, in fact, a previous incarnation of said child, is quite another.  The former is an observable and verifiable phenomenon; the latter is an interpretation–and not the only possible one–of the phenomenon.

After all, other interpretations could be posited.  Perhaps the child had a clairvoyant (or perhaps postcognitive–on the model of precognition, but the opposite thereof) experience of another’s life.  Maybe the child telepathically derived the information from another person who knew the deceased.  Perhaps the child is unconsciously in contact with the spirit of the deceased.  And so on.

Charles Williams (pictured above) was an English novelist and a member of the Inklings, becoming especially close to C. S. Lewis.  Unlike J. R. R. Tolkien, whose works tended towards high fantasy, and Lewis, who wrote children’s books (The Narnia series) and science fiction (the Space Trilogy), Williams wrote novels in a more metaphysical, mystic, and even quasi-occult vein.  Like Tolkien and Lewis, however, Williams was a Christian, and did work theological themes into his novels.

One aspect of his personal theology was his idea of co-inherence.  To oversimplify, this is the notion that in God, everything He has created is interconnected at a fundamental level.  Everything we do affects everyone and everything else, even though we may not necessarily know it.  In some ways, it’s not unlike a Christian version of the teaching of the Heart Sutra.

One particular implication of Williams’s view was what  he called “exchanges” and “substitution”.  In short, through this co-inherence, we can in a literal sense bear each other’s burdens, intercede for one another, and take each other’s fears and difficulties upon ourselves.  It’s important to stress that to Williams this is not metaphorical.  It’s not a matter of helping a loved one or a friend out by doing things for them; it’s that under some conditions a person might literally take another’s pain or fear or other difficulties upon himself in a seemingly supernatural way.  This is possible because we all co-inhere in each other.  This idea particularly presents itself in Williams’s novel Descent into Hell.   One theme running through it is the interconnection of the dead and the living.  After all, given the interconnectedness of everything, what we call time and space are no longer barriers to interaction and interconnection.

Building on this notion, one can derive an alternate interpretation of the phenomena that are classically described as “reincarnation”.  This use of Charles Williams’s ideas in this context, by the way, is not my original idea, but I’m not quite sure where I came across it.  It may have been somewhere in the writings of Robert Farrar Capon, but I’m not sure.  In any case, the notion is this:  For reasons we can never understand, some people in some circumstances have a “bond” or “connection” with some person from the past, someone who has died.  Through the co-inherence or interconnectedness we all share, this is easily possible across the gulfs of time and space.  In some cases this bond or connection may be so strong and vivid that one (or both) of the affected persons may actually share thoughts, feelings, and ideas.

Thus, it may be that instead of having lived once before as X and remembering what I did when I was X, rather I have an empathic link to X and am experiencing what he (or she) experienced, misinterpreting it as memories of a past life.  Conversely, if X had vivid experiences coming from me, it might be what would be erroneously interpreted as prophecy.  In either case a particularly intense bond might be thought to be possession or some other paranormal phenomenon.

Why such a bond would occur is something we couldn’t answer.  Then again, in cases of supposed reincarnation, there’s usually no clear notion as to why person X is reborn as person Y.  This is especially interesting in that the concept of karma (at least as simplistically understood) would seem to imply patterns in rebirth; but as far as I know, no one has ever discerned such patterns in cases of purported memory of past-life experiences.  In any case, assuming the framework of co-inherence, it may be that such bonds allow individuals to bear each other’s burdens or intercede for each other across the expanse of space and time.

As I said before, I am agnostic as to exact meaning of past-life experiences.  It’s no secret that I’m not too keen on the notion of reincarnation as such, since I take a Dharmic view of the undesirability of rebirth.  On the other hand, my preferences have no effect on what the actual situation is, metaphysically speaking.  Traditionally, orthodox Christianity has rejected reincarnation; but as I’ve said before, I think there is a possibility of reconciling Christian thought with reincarnation without going too far off the reservation of orthodoxy.  Metaphysically, I think it’s possible to do so; and as I will discuss eventually, given aspects of human evolution, it may be desirable to do so.

Having said all that, I make no claim to esoteric knowledge or to any privileged information regarding the afterlife.  I don’t know what (if anything) happens when we “have shuffled off this mortal coil”.  My faith and hope are that we continue and that we ultimately come into God’s presence, and that all wrongs will be redressed and all things put right.  Whether this will involve rebirth or “going to Heaven” or what, I don’t know.  I do have faith and hope that we will ultimately come to a better place, and that, in the words of the old hymn, “farther along, we’ll understand why”.  I do think there is some metaphysical reason to believe at least that there is continuation of the consciousness after death, given some of the characteristics of consciousness (more on that in the future); but I make no claims to being able to demonstrate any of this.

Finally, I’m not trying to attack the notion of reincarnation.  People I respect believe it’s true; and ditto for the opposite view.  I do think that this is perhaps one other way of looking at it.  Certainly, Christians all too often try to dismiss anything–such as past-life memories–falling outside their narrow theological framework as fraud or the work of the Devil.  For those who take these phenomena seriously and who are willing to go a little off the theological beaten path, I think Williams’s vision, as well as having other attractive aspects, is an interesting paradigm for viewing them.

Part of the series Reincarnation.

← Rubá’í of the Day
Sibelius for the Weekend →