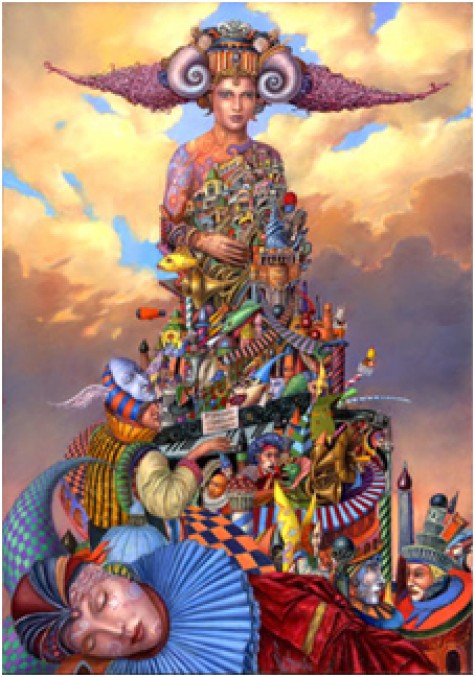 Having looked somewhat extensively at the ideas of pre-existence and reincarnation, we must now look at the theological/philosophical downside of these notions–so important in varying degrees to the Evagrian and Gnostic views we’ve discussed–and consider some of the negative implications of these ideas.

I must point out that a belief in the pre-existence of souls does not necessarily imply a belief in reincarnation.  Origen and Evagrius, while accepting the former do not seem to have believed in the latter (though this is disputed).  In modern times, Mormons accept the pre-existence of souls while not teaching reincarnation.  Thus, we are dealing with two separate, though partially related, beliefs here.  The point, though, is that what I’m about to discuss applies to both.

The reason for this is that in both cases one’s situation in earthly life is seen as a reflection of one’s moral status in previous existence–be that in the Pleroma or on Earth in a prior life.  In the Origenist/Evagrian system, the pure minds created by God fell away from their contemplation of Him.  Their subsequent state reflects the degree to which they fell from this contemplation (or turned away from God, if one wants to put it that way).  The angels “fell” the shortest distance, humans more, and demons the farthest.

Likewise, in most religious and philosophical systems that accept reincarnation, there is some mechanism akin to karma by which lives are apportioned to returning souls on the basis of their behavior in previous lives.  This behavior may be seen in terms of sins and wrong behaviors that are punished in future lives, or in terms of a failure for the soul to detach from worldly concerns (as with Neoplatonism).  In either case, a person’s state in life is at least partially seen as just deserts of his actions and/or state of mind in previous existence.

This is the heart of the problem.  If one is not very careful, one can justify all kinds of awful things on this basis.  One might, for example, dismiss fighting for social justice on the ground that the poor, sick, and indigent are merely living out the just karmic results of previous lives.  One could also be of a perfectly clean conscience in discriminating against, oppressing, or otherwise mistreating members of a certain group–after all, they must be in that group because they deserved it.  This, in fact, was a part of the rationale for the caste system in India for a long time.

It is latent in the Gnostic mythos, two.  In the Tripartite Tractate, there is a discussion of the three types of humans:  the hylic, the psychic, and the pneumatic.  The pneumatic (“spiritual”) have true sparks of the Primal Light and are destined for salvation; the psychic (“soulful”) are caught in the middle, and depending on their actions, can go either way; but the hylic (“material”) lack the spark completely.  They are, in effect, in the felicitous phraseology of the Prophecy movie franchise, “talking monkeys”.  They lack a true soul and are essentially philosophical zombies who will perish utterly on their death.

Now, most modern Gnostics hold that these are three modes of being that are present in everyone.  We can all be hylic, psychic, or pneumatic at times.  Also, as far as I understand the historical context, these distinctions were never understood in a discriminatory way.  However, I think it’s pretty clear that the potential is there for treating “those hylic people” differently from “us Pneumatics”.

Of course, what is true of reincarnation is true of many other religious dogmas and doctrines.  Most are two-edged swords which can have implications that are wonderful and life-giving or horrible and life-destroying.  The point I want to make is that if we posit pre-existence and/or reincarnation as possible solutions for one set of theological problems, we must always have the awareness that if we do not use subtle and careful thinking, they could become catalysts for other–and potentially worse–theological problems.  I think it was either Jack Kornfield or Joseph Goldstein who said that the workings of karma are complex, with societal as well as individual dimensions, and that it’s never acceptable to treat people in negative ways on the grounds that they deserve bad karma.  That was in a Buddhist context, but I think it would be good for all of us to take to heart.

Part of the series Legends of the Fall.

Also part of the series Reincarnation.