OK, so we’ve discussed what I think is a reasonably plausible scenario for understanding how the Fall could affect all humanity even without a primal “Adam and Eve” from whom all subsequent humans are descended.  It also allows us to move away from the penal model of the Atonement towards a more Athanasian view in which the Incarnation itself restores the Divine image in man.  So far, so good.

We are left with a few loose ends, though.  In either the view I posit in “Synthesis, Part 3” or the Evagrian view, one needs to explain the extreme amount of evil in the world.  Recall, Evagrius had the Fall occurring in the Pleroma, with the material world as a sort of Plan B created by God as a way of re-educating the now-incarnate souls so that they can eventually return to the Pleroma–to be once more in God’s presence.  Since the material world is in a sense a cosmic reform school, from the Evagrian perspective, it is somewhat easier to explain the existence of natural evils (earthquakes, floods, etc.–things not attributable to misused free will).  What would one expect from a reform school?

One might still argue, of course, that it’s an awfully sadistic reform school, with much more evil and nastiness than seems necessary.  Thus, a certain amount of exploration of the issue seems appropriate.  The need to do so with my scenario from the last post is even more necessary, since in that case you have innocent humans placed in an already-marred cosmos before their fall.  I will postpone that, however, and reserve this post for discussion of the Evagrian scenario.   END_OF_DOCUMENT_TOKEN_TO_BE_REPLACED 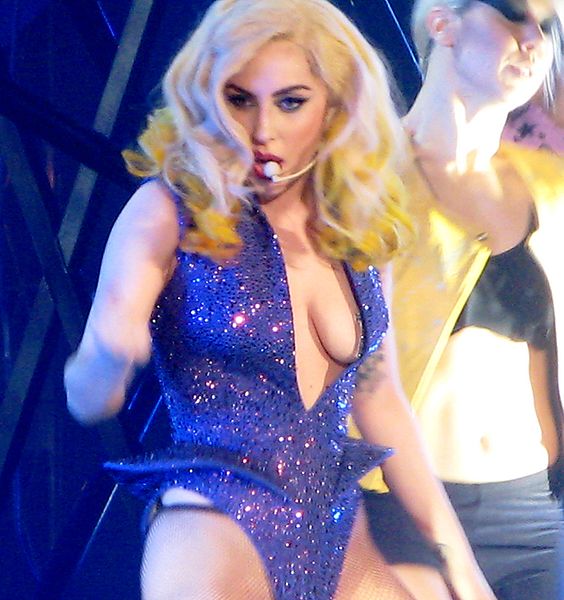 OK, OK, no more Lady Gaga after this–promise!  This post will look at horror and design, though.

We’ve established that the traditional Adam and Eve account fails in terms of requiring a monogensis that is unlikely and unprovable.    We’ve also looked at the near-certainty that, contra orthodox theology, humans were not created immortal, but have always been subject to death (for what we’re discussion here, this latter point is of less importance, but we’ll come back to it at some point).

This is a problem, at least to Western Christian theology, in that it undermines the basis of understanding the work of Christ.  The traditional view is that by sinning, Adam and Eve doomed the whole human race to imperfection and loss of salvation, since they are the progenitors of all subsequent humans.  In the fullness of time, God takes on human nature in Christ (thus becoming himself a descendant of Adam), suffers death on the Cross, is buried, and rises again on the third day.  This has the effect of offering salvation to the whole human race.

The reasons given for why this is effective have varied in the West.  The older take is the Ransom Theory–that Adam’s sin effectively sold mankind to the Devil, and that Christ, by dying, paid off the ransom, earning mankind back.  The later theory, more popular from the Middle Ages onward and especially promoted by St. Anselm of Canterbury, is the Penal Theory, in which Adam’s sin puts all mankind it debt to God, who then comes as a human himself to satisfy the demands of Divine justice by paying the penalty mankind has incurred.

Both theories depend on a monogenetic descent of all mankind from Adam and Eve.  Only this can explain why the sin of one couple affects the whole human race; and why Jesus can save the human race.  By being of the descendants of Adam, he is able to represent the whole human race; and by being God, his sacrifice is of infinite value; and thus his crucifixion is sufficient for the salvation of all humanity. Thus, if monogenesis falls–and it has–so fall these theories.

What to do, then? END_OF_DOCUMENT_TOKEN_TO_BE_REPLACED

Some Vivaldi to Kick off Summer

And so with the sunshine and the great bursts of leaves growing on the trees, just as things grow in fast movies, I had that familiar conviction that life was beginning over again with the summer.

For the first full week of summer.

Update:  I’ve been going back through old posts to cross-reference with another that I’m working on, and apparently I actually dealt with this issue already.  In short, this post has pre-existed.  Oh, well–one of the occupational hazards of blogging, especially if you do it like I do, with interludes of inactivity punctuated by flurries of intense activity.  Mea maxima culpa.  The Bellman said, “What I tell you three times is true,” but I think I’ll leave it at two.  It is speculation, you know!

Before we move on, I want to discuss the idea of the pre-existence of souls and how, in my view, it can be reconciled with orthodox theology.

It is necessary to admit up front that this concept has been traditionally seen as heretical by orthodox theologians.  This concept is (supposedly) at least a part of what got the writings of Origen and (possibly) Evagrius condemned, although in both cases there’s a lot that’s unclear about the exact teachings involved and the exact findings of the ecclesiastical bodies making the decisions.  In any case, we will do well to examine the orthodox view before moving on.

In the orthodox view of the relationship of the soul to the body, each human body has one and only one unique soul.  The soul can exist without the body—it does so by God’s providence between death and the Last Judgment, according to traditional teaching—but this is not its natural condition.  After the Last Judgment, the soul’s proper body will be returned to it permanently.  This is part of the reason that reincarnation is seen as being incompatible with orthodox theology.

In any case, the body is “ensouled” with its own unique soul at some point in time.  The Fathers disagreed as to exactly when occurred—some said at conception, others at the point of “quickening”, the point at which visible motion in the fetus occurred.  Nevertheless, all agreed that before, say, Alex was conceived, his soul did not exist; then at some point after his conception, God created a unique Alex-soul and infused it into his body (be it one-celled conceptus or first-trimester fetus), at which point Alex exists as a true, ensouled human being.

Now, I’m not interested in questions of when “human life” begins, or the exact relationship of the soul to the body, and other questions like that which would lead us far astray.  All who believe in souls believe that God creates them and that they end up in us at least by birth.  I’m concerned with the concept that a soul is created at or after conception, and then infused into the body, with the implication that the souls do not pre-exist.  My contention is this:  even if one takes the orthodox view laid out here, it is still possible to assert the pre-existence of souls.  Let’s see how this works. END_OF_DOCUMENT_TOKEN_TO_BE_REPLACED

For the Solstice (Slightly Belated)

I’ve had spotty Internet access for the last week, and spotty motivation the week before that, so I’ve been a bit behind. I have some posts I’m working on, to appear soon. Meanwhile, enjoy the seasonal music (even if it’s a day late)!

Havergal Brian (Lots and Lots!) for the Weekend

I’ve been a bit lax the last week and a half.  Here is Havergal Brian’s Gothic Symphony–one of the longest, if not the longest, ever written.  It’s will be divided among this and the next two posts; so if you have the time, enjoy!